Researchers Study the Effects of Flooding on Coastal Forests

Rising sea levels and increased storm activity have introduced flooding to coastal forests that don’t usually experience it. Benjamin Bond-Lamberty and Stephanie Pennington, research scientists with the Pacific Northwest National Laboratory (PNNL), are part of a team working on the COMPASS-FME* TEMPEST experiment to better understand and predict the impact of flooding on terrestrial-aquatic interfaces (TAIs).

Located in the Smithsonian research forest near the Chesapeake Bay, the TEMPEST experiment is led by Pat Megonigal of the Smithsonian and Anya Hopple of PNNL. One of five projects in COMPASS-FME, it is designed to measure the effects of both salt and freshwater flooding on coastal forests. The researchers gather data from three plots: two for flooding, and one control. A system of large tanks and pumps inundates one with saltwater and one with freshwater. 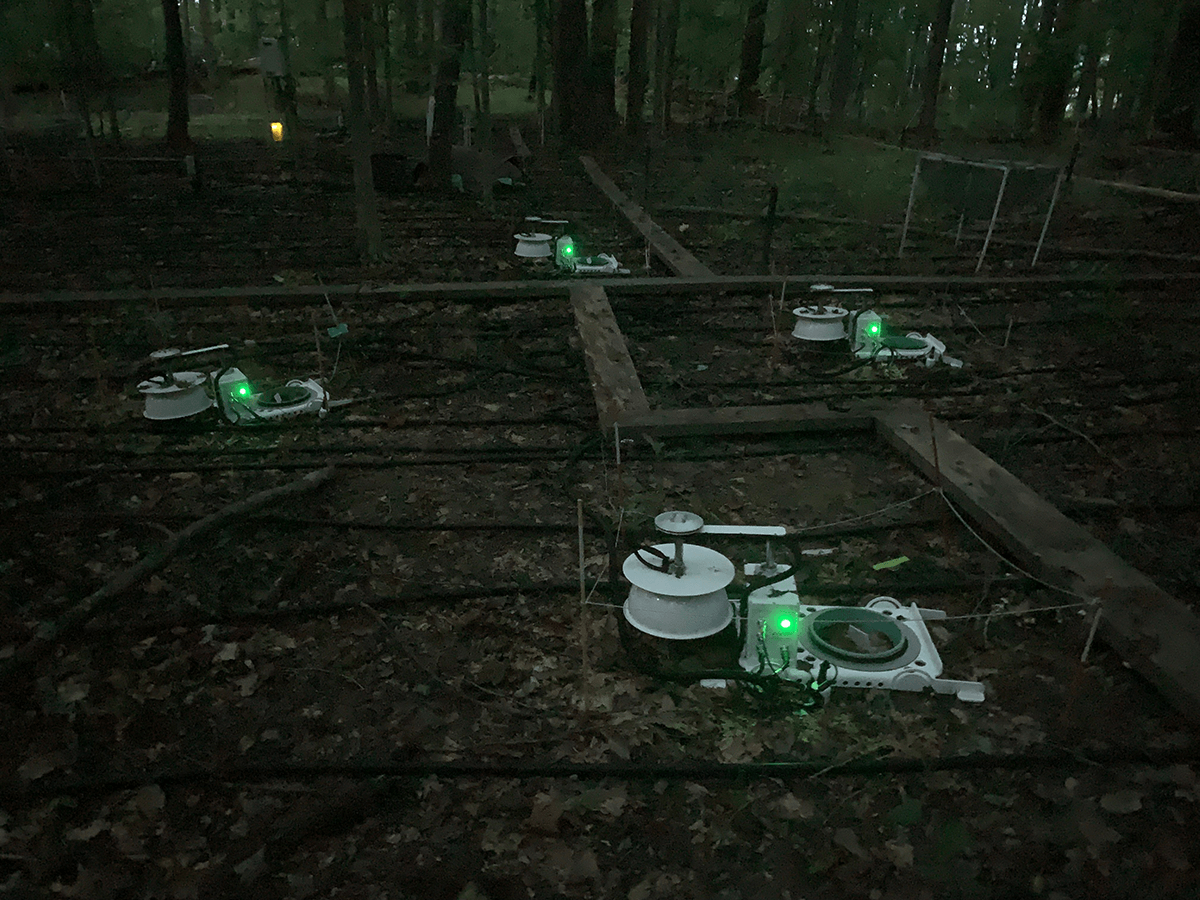 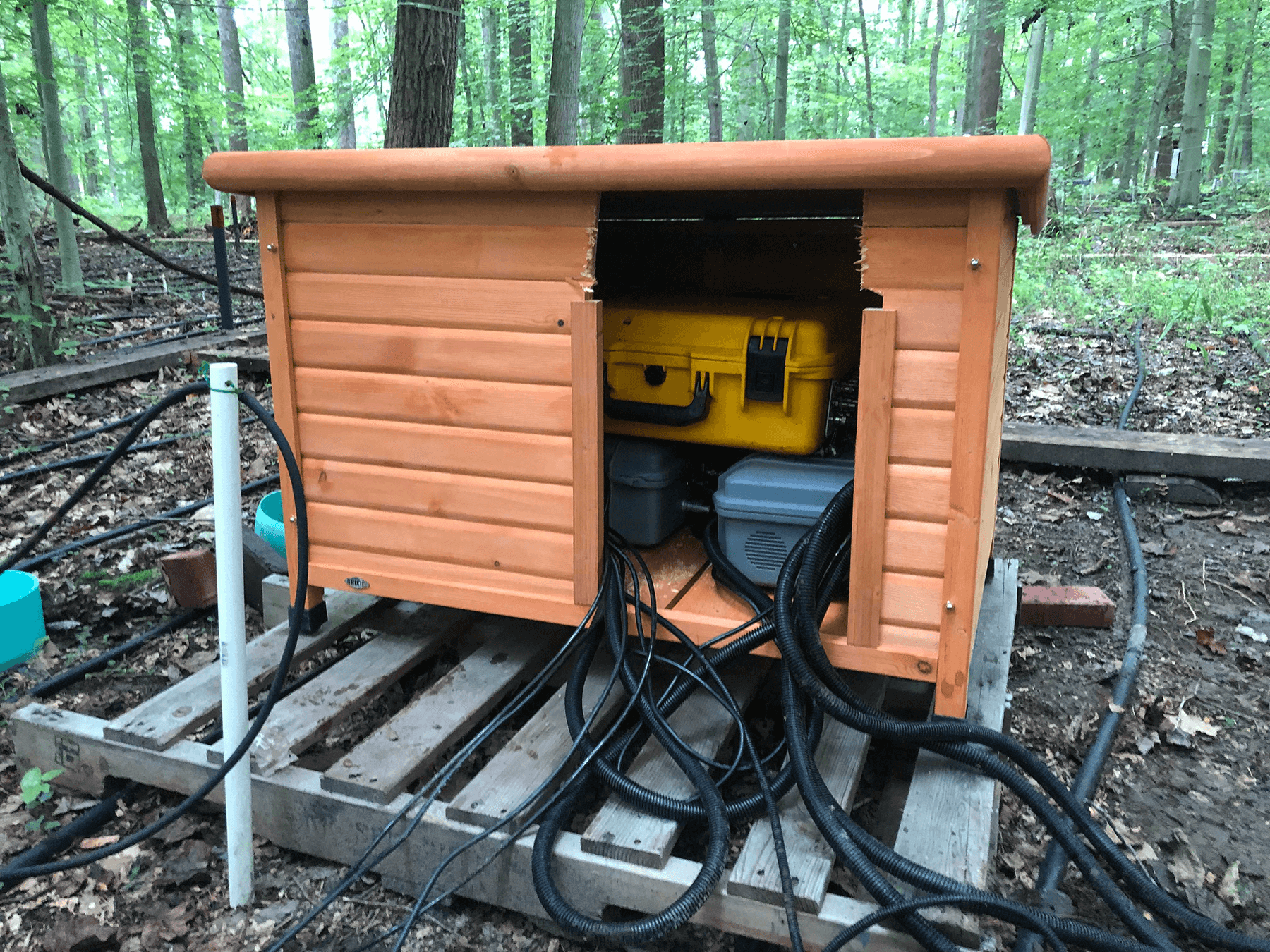 As part of site infrastructure test in Summer/Fall 2021, the TEMPEST team deployed and tested the LI-COR LI-8250 Multiplexer connecting LI-7810 CH4/CO2/H2O and LI-7820 N2O/H2O Trace Gas Analyzers and four 8200-104 Long Term Chambers. Over the course of 60 days, they used the system to monitor methane, carbon dioxide, water, and nitrous oxide soil fluxes before and after a test inundation. They also used the LI-7810 Trace Gas Analyzer with an 8200-01S Smart Chamber for survey measurements.

They were able to setup and deploy the system without additional support. “The fact that I could hook up multiple analyzers and the multiplexer was smart enough to recognize them was super useful,” said Pennington. “That is definitely a big step forward in usability,” added Bond-Lamberty. They also appreciate the robust design for field deployment, and features such as port caps and orientation for ease of access.

The TEMPEST team collects data from three ecosystem domains: water, soil, and plant. The site is outfitted with sensors including trace gas analyzers, probes, porewater, dendrometers, and an LAI-2200C Plant Canopy Analyzer. They used SoilFluxPro™ Software to create quick visuals, and to export data from the LI-8250 Multiplexer into .csv files for use in a chain of R statistical language scripts.

The test inundation marks a halfway point in the 3-year pilot project. After the pilot, they are hopeful the project will continue for 7-10 years. The data produced by the project will be used to help construct a predictive model of TAIs scalable to a high-resolution earth system model. The COMPASS vision is to increase understanding of coastal systems and the prediction of their response to short and long-term changes. 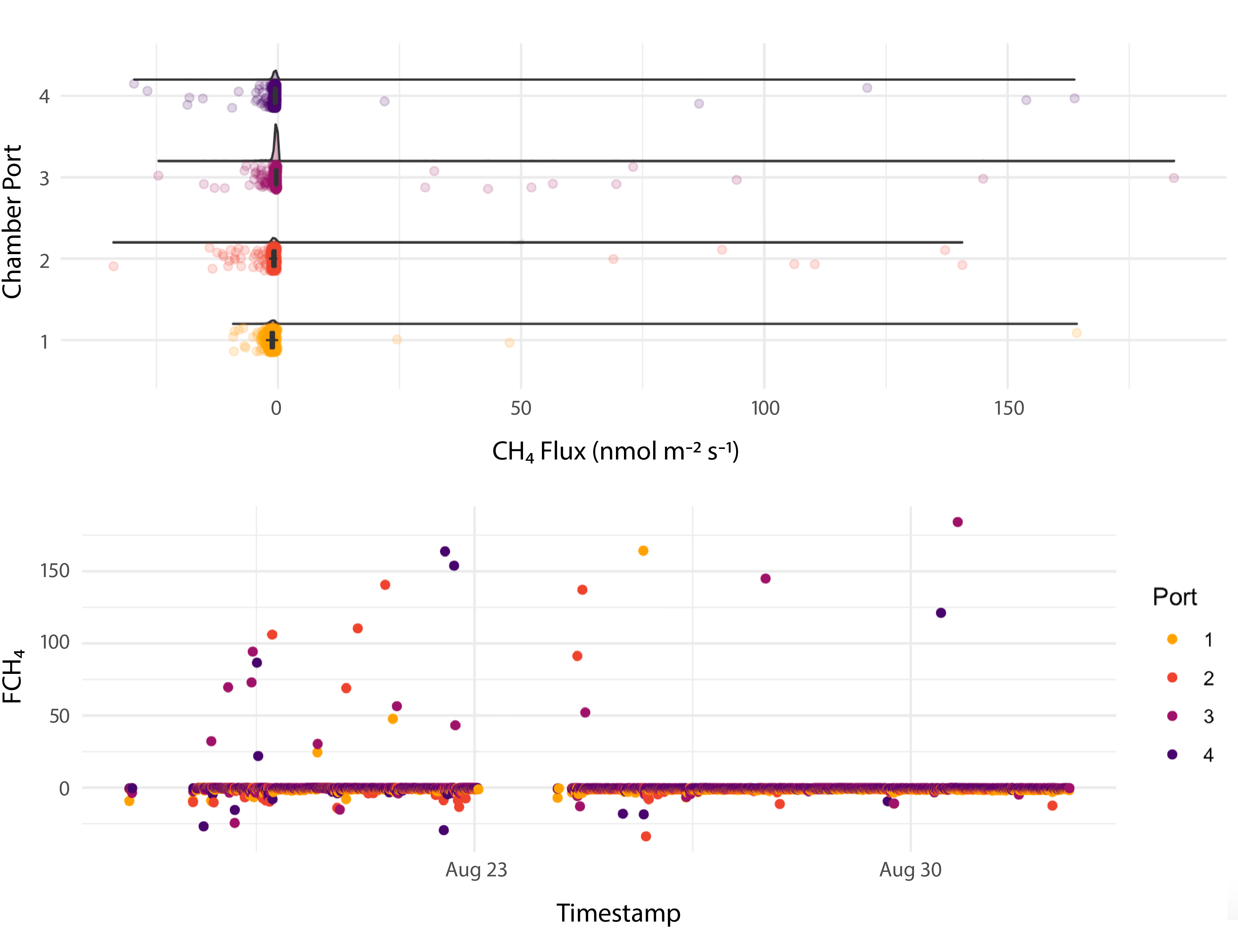 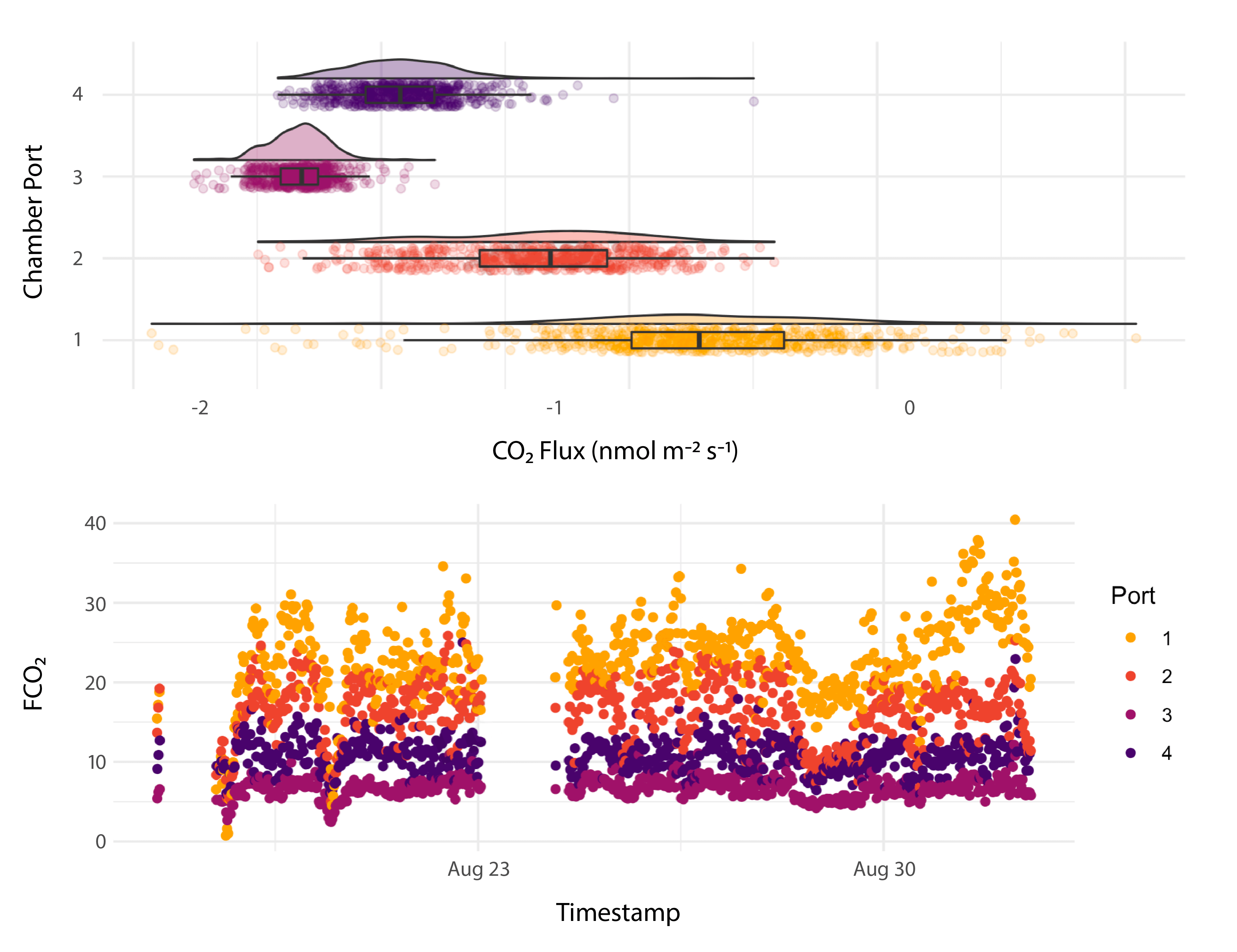 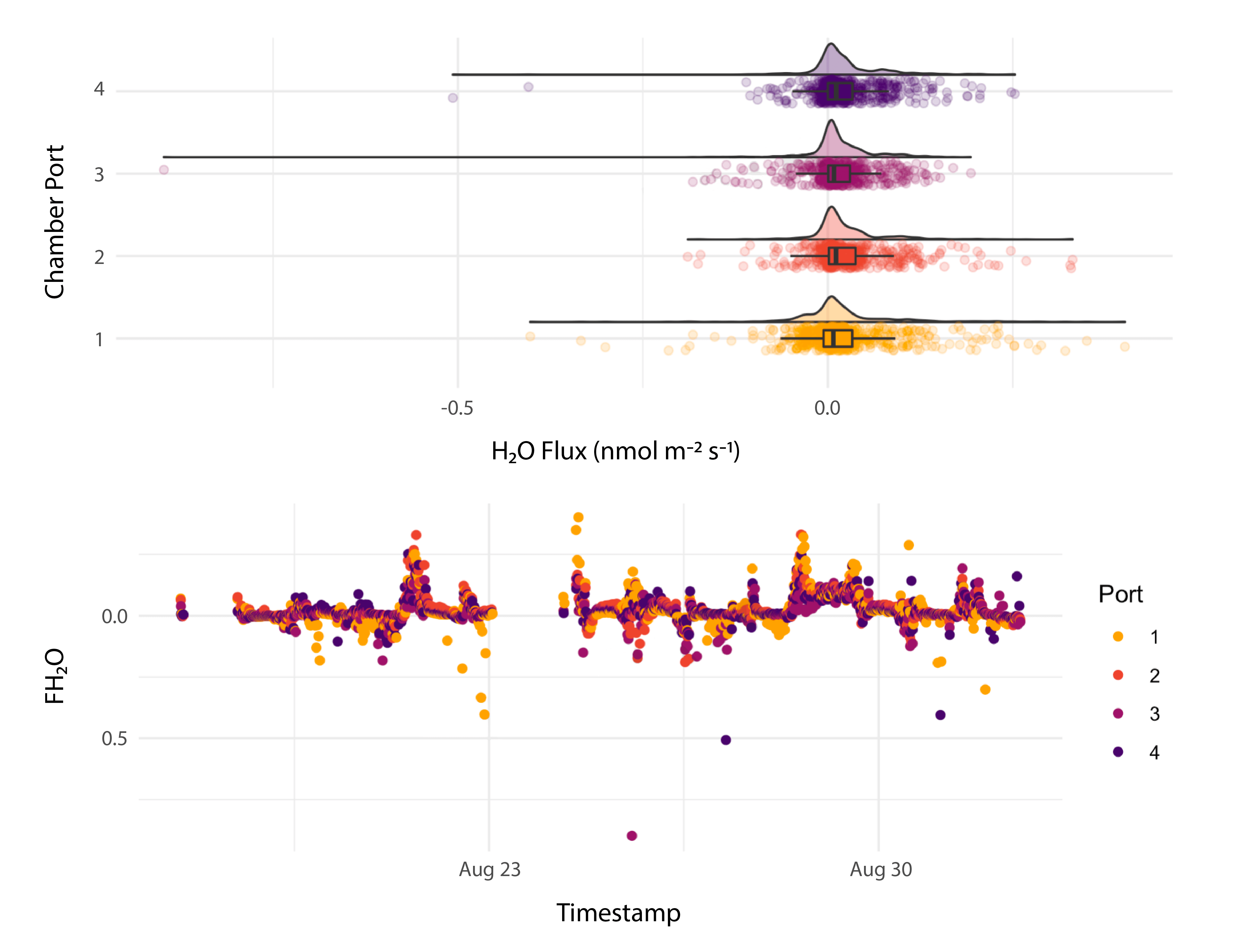 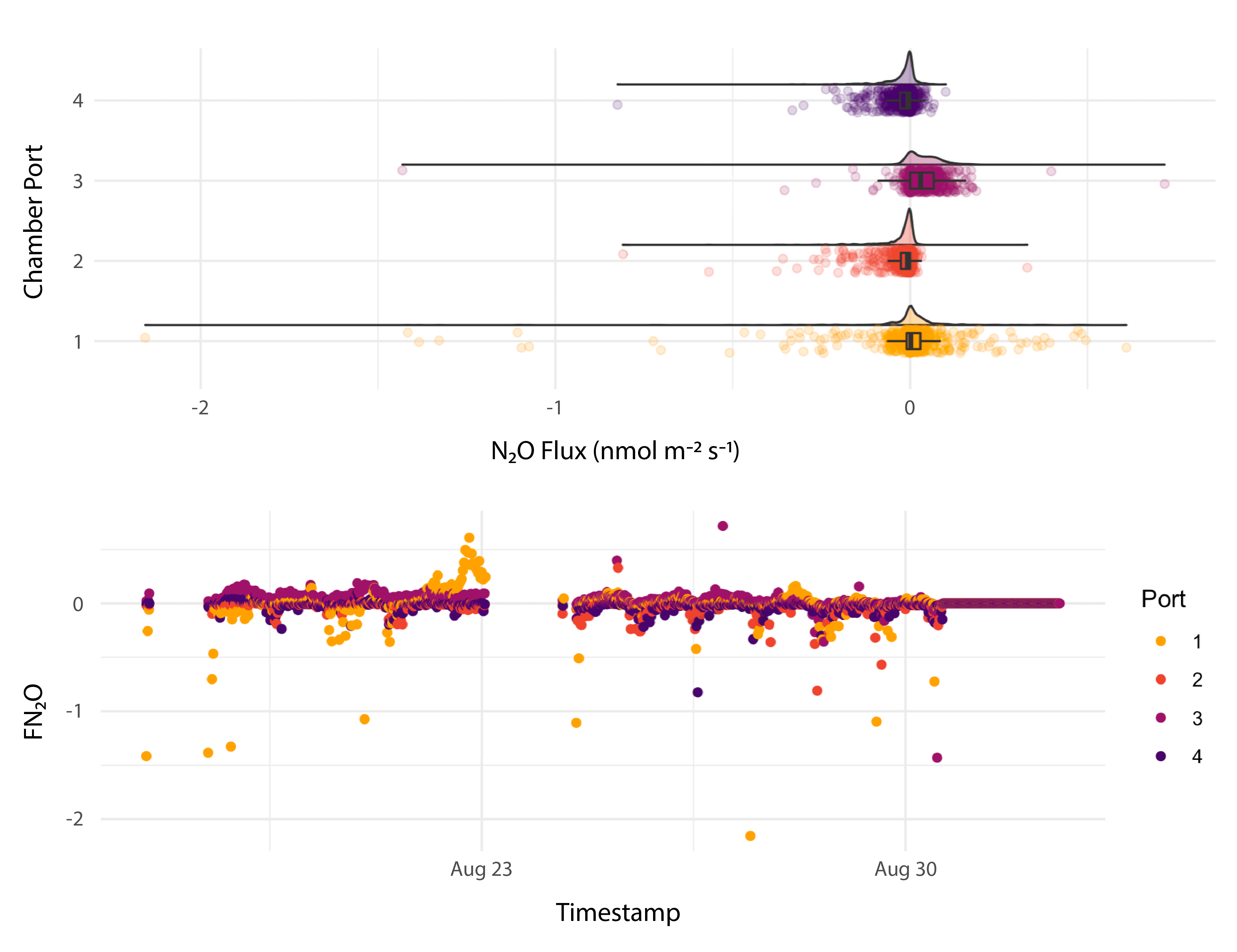 *COMPASS-FME, Coastal Observations, Mechanisms, and Predictions Across Systems and Scales–Field, Measurements, and Experiments, is funded by the Earth and Environmental System Science Division of the U.S. Department of Energy’s Office of Science. To learn more, go to compass.pnnl.gov.